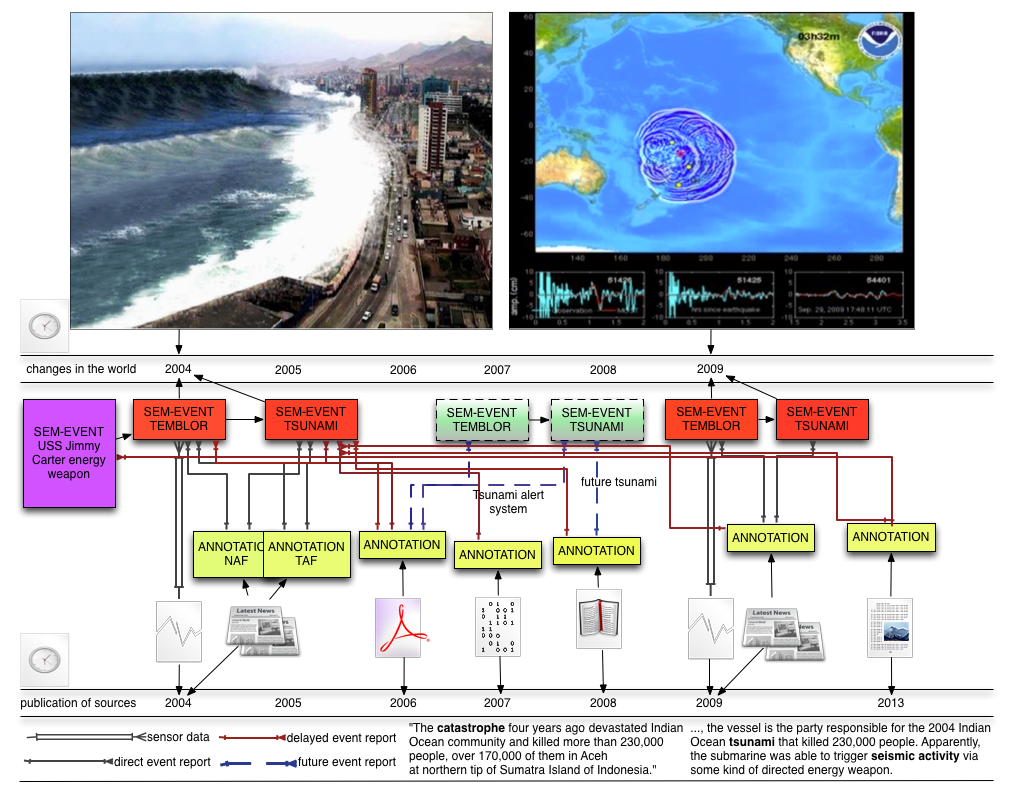 GAF in a nutshell:

The Grounded Annotation Framework (GAF) provides a formal (RDF conform) representation to link instances to instance mentions. It was originally proposed to represent information on events and how this information is provided by text. The GAF relations gaf:denotedBy and gaf:denotes can in principle be used to relate any URI modeling an instance to URIs modeling representations of this instance. It thus provides a general framework that goes beyond modeling the relation between text and formal representation of the content of text.

The main properties of GAF are the following:

Please check out the GAF ontology

The Grounded Representation and Source Perspective (GRaSP) framework goes beyond GAF by adding an attribution layer to the grounded representations provided in GAF. This provides a powerful mechanism to add all kinds of information related to perspectives. We consider a perspective to consist of what a source talks about (the information a person or organization chooses to share) and how the source talks about this (the stance the source takes on this information). GRaSP provides both the means to formalize what a specific source talks about (the link between mentions and instances) and adds the means to formalize the stance taken by a source, including whether they confirm or deny something, whether they speculate, express uncertainty, sentiment, etc.